Royal Race Report: Amelie Poojary on the Brooklyn Half 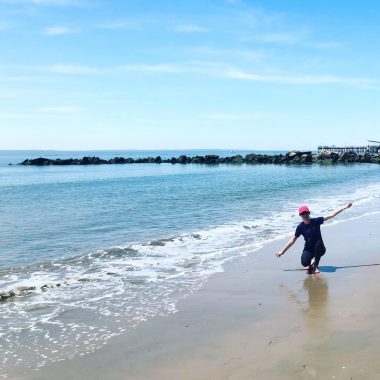 Did you train for this race? If so, how?

Yes, I initially wanted to follow a training plan but didn’t have great incentives to do so. I ended up joining as many CHRC speed workouts and long runs as possible.

Did you have any goals for this race? If so, what were they?

Yes, I wanted to run it in less than 2 hours because my ultimate goal this year is to run the marathon and mentally, I cannot imagine running for more than 4 hours. I ran the Brooklyn half in 1 hour 59 minutes without too much effort, so I feel more confident about my goals now!

Did CHRC help you train for/run/celebrate this race? If so, how?

Yes!! Long runs and speed workouts were super helpful. I had a hard time finding routes and having fun when doing them by myself. The longest run I did with the club was 10 miles and I believe that’s why I felt so good til ~11 miles on race day. And I ran that Prospect Park hill so many times during speed workouts that I didn’t even need to catch my breath after running it during the race. Also, I loved that the club organized a Q&A, a run to the race pre-party, and group pics before the race. I participated in all of these events – they were very well planned, fun and took a lot of pressure off of me!

What was your favorite thing about the race?

The cheerers, being completely in control of that loop and hill in the park, and the beach at the end!

What was the biggest challenge about the race?

The last 2 miles – they were hard on my legs, but they made me realize that I need to run more often and longer distances.

Would you run it again?

What advice/tips would you give to Royals wanting to run this race?

Train, train, and train. Also go to all of the great events organized by the club before the race (I had friends meeting me after the race so I didn’t attend the post events, but I think those would be great if you are on your own!)